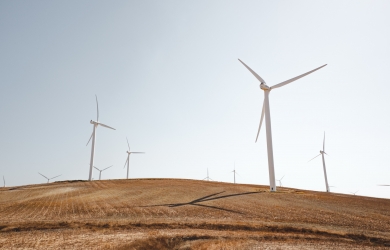 Avon Pension Fund has been recognised for its role in providing key investment data to Brunel Pension Partnership (BPP), aiding in the formulation of the Institutional Investors Group on Climate Change (IIGCC) net zero investor framework.

On 1st June, Make My Money Matter hosted the world's first Net Zero Pension Summit – co-hosted by none other than Richard Curtis (British screen writer, producer and film director) and Mark Carney (former Governor of the Bank of England and current UN Envoy for Climate Action).

The summit, featuring senior leaders from across the financial world including CEO of BPP Laura Chappell, discussed how the $50 trillion invested by pension funds globally can help tackle the climate emergency.

During the two-hour video conference, Laura gave recognition to Avon Pension Fund for the important role we played in providing investment data during the research and setup phase of the IIGCC net zero investor framework.

The full summit is available to view by clicking here.

As we set our sights on achieving our goal of allocating at least 30% of our assets to sustainable and low carbon investments while supporting a ‘just transition’  by 2025, and net-zero by 2050 or earlier, it gives us an immense feeling of achievement to see the work we’re doing in the wider pension community pay off and be recognised at such a prestigious event. It serves to boost our confidence and ambition as we move towards safeguarding not only secure pensions for our members, but a sustainable future for the planet.

For more information on how to join the green pensions movement and make your money matter, visit www.makemymoneymatter.co.uk

Category:
About the fund