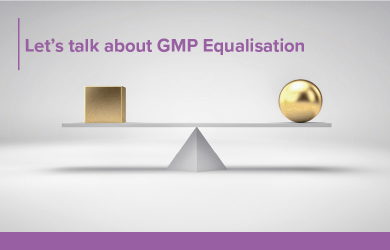 In 2018, a court ruled that pension schemes must ‘equalise’ the Guaranteed Minimum Pension (GMP) benefits for men and women. Currently, they are linked to the old state pension ages of 60 (for women) and 65 (for men).

The majority of private sector pension funds (non-LGPS funds), the GMP is handled separately to the main pension and therefore attracts a different rate of increase. Any GMP built up between 1978 and 1988 ceases to increase once a member reaches GMP age and begins receiving payment of it. However, any GMP built up between 1988 and 1997 is increased in line with the main pension, capped at 3%.

This is different for public service pensions like the LGPS. The GMP isn’t treated as a separate ‘pot’, until the member retires. So, the GMP is treated in the same way as the scheme pension.

When you reach state pension age as an LGPS member:

Since that ruling in October 2018, a further ruling was made in November 2020 confirming that historic GMPs should also be equalised. This could impact some members of the LGPS – mainly any members who hold a GMP and transferred out of the scheme after 1990. The Government are currently reviewing this ruling to see if it applies to all historic transfers made by all public service pension schemes (which includes the LGPS).

We Await the Government’s decision as a result of this review before we can take any action but will update members in due course.

Category:
Thinking of leaving
Nearing retirement
No longer paying in
Paying in