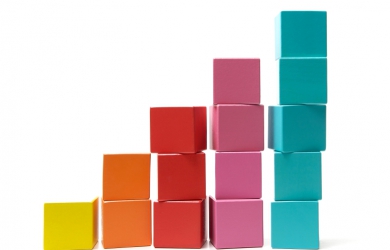 Additional Voluntary Contributions (AVCs) allow you to pay more to build up extra savings for retirement.

You may wish to get independent financial advice about taking out an AVC.

If you choose to pay AVCs, they are invested separately in funds managed by the AVC provider. AVIVA (Previously Friends Life) is the AVC provider for the Avon Pension Fund.

You have your own personal account that, over time, builds up with your contributions and the returns on your investment, and will be available to you when you retire. You can often choose which investment route you prefer.

You can elect to pay an AVC if you are in either the main or 50/50 section of the scheme.

You can pay up to 100% of your pensionable pay into an in-house AVC in each job where you pay into the LGPS (unless the AVC arrangement is one you made an election to pay into prior to 1 April 2014, where it’s up to 50% of pay).

At your employer’s discretion they can also pay towards your AVC. This is known as a Shared Cost AVC.

Deductions start from the next available pay period after your election has been accepted and you may vary or cease payment at any time whilst you are paying into the LGPS.

If you leave before retirement, your AVC contributions will cease when you leave. The value of your AVC fund will continue to be invested until it is paid out. Your AVC can be transferred to another pension arrangement or drawn at the same time as your LGPS benefits.

If you die before taking your AVC plan, the value of your AVC fund will be paid as a lump sum, as is any extra life cover or spouse's/civil partner's pension paid for through AVCs.

If a lump sum is to be paid from your AVC fund we have absolute discretion over who receives any lump sum. It is helpful if you let us know your wishes by completing an Expression of wish for payment of death grant form.

What can I use my AVC for?

When you retire you can use an AVC to:

Increasing or reducing an existing AVC

If you have an existing AVC and want to increase or decrease the amount you pay use our Contact us form, including your details and National Insurance (NI) number.  We will then make the necessary arrangements.

Applying for an AVC

This form should be returned to The Avon Pension Fund

AVIVA - How contributions are invested

AVIVA - Terms and conditions of the New Generation Group AVC

Looking after your pension