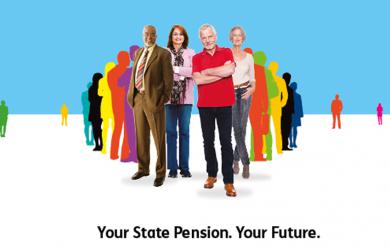 In addition to your LGPS benefits, you may also qualify for a state retirement pension paid by the government from State Pension Age.

Find out your State Pension Age

If you do not know what your State Pension Age is you can use www.gov.uk/calculate-state-pension to find this out.

As a member of the Local Government Pension Scheme (LGPS) you were previously ‘contracted out’ of the additional State Pension and therefore received a rebate on your National Insurance (NI) contributions. From 6 April 2016 this rebate ceased and the LGPS is longer ‘contracted out’.

You should be aware that, as a member of the LGPS, if you are eligible for the State Pension you might not receive the full amount. This is because as a member of the LGPS you are likely to have paid a lower amount of National Insurance in previous years. More information about this and the new State Pension, including how much state pension you will get and how to increase it, can be found at www.gov.uk/yourstatepension.

The Money Advice Service website also has information on the options available to individuals looking to top up their state pension.

The State Pension Age increases to 66 for both men and women between December 2018 and October 2020.

To find out your State Pension Age please visit https://www.gov.uk/calculate-state-pension.

As part of the changes to the State Pension introduced in April 2016 the Department for Work and Pensions (DWP) introduced a term called Contracted-out Pension Equivalent (COPE).

COPE is an estimated amount for those who were previously ‘contracted-out’ of the additional State Pension to see how National Insurance (NI) contributions paid before 6 April 2016 will contribute to their overall pension income.

More information can be found on our Contracted-out Pension Equivalent (COPE) page.

Category:
Nearing retirement
Receiving a pension
About the fund