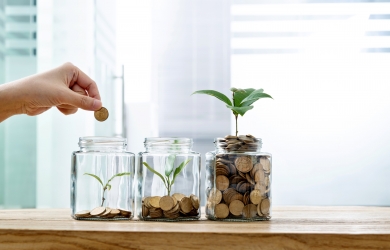 Will my pension go up?

Your annual pension is reviewed each April, so that it reflects the cost of living. The amount of Pensions Increase is based on an index specified by the Government.

Pensions Increase is currently based on the change in the Consumer Prices Index in the 12 month period up to the end of the previous September.

Do all pensioners qualify for increases right away?

All annual pensions receive Pensions Increase, except those previously awarded due to redundancy, efficiency, flexible retirement or approved for payment by an employer where the person in receipt of the pension is aged between 50 and under 55.

If your pension was awarded due to any of these reasons the accumulated effect of the increases awarded since you retired will be added to the pension when you reach age 55. After age 55, your pension will be increased each year.

In some special circumstances (i.e. where there is a dependant who is wholly or mainly supported by you and who is either under 17 or is in full time education or training), your pension can be increased before the age of 55.

At State Pension Age (SPA) your pension will be compared with this GMP and increased to the rate of your GMP should this be higher. In most cases, your LGPS pension is higher than your GMP.

Up to SPA your LGPS pension is fully increased and paid by the Fund. Once you reach SPA, the Department for Work & Pensions (DWP) pays the increases on the GMP part of your LGPS pension with your State Pension – although the Fund has to pay the first 3% increase on the GMP generated by any membership after April 1988.

What if I receive additional state benefits from the DWP Pensions Service?

You should notify your local office of the Pensions Service (of the Department for Work and Pensions) immediately of any increase to your Local Government Pension. If you don’t do this you may have an overpayment of any state benefits you receive from them.